HOW TO EASILY ADD hCAPTCHA WITH WPFORMS Are you looking for an alternative to reCaptcha? Or do you have an issue with Google’s data-tracking when using reCaptcha? Then you can try with hCaptcha, an option oriented toward privacy protection.

hCaptcha is an alternative to Google reCaptcha. hCaptcha is not managed by Google but from Intuition Machines. It is a free resource available for publishers to stop bots, spam to enter your forms and improve your website’s security.

reCaptcha is a service provided by Google to keep bots and spam out of your website forms. It is a service that establishes if the user interacting is a human or not. Captcha means: Completely Automated Public Turing test to tell Computers and Humans Apart.

If you are not a human, you are denied access to the form. It is a simple as that. It is an entirely automatic system set to appear at specific points of your website and automatically approve or disapprove users.

They can determine if the user is a human or not based on completing a test meant to be easy for humans and hard for bots.

You may have seen reCaptcha in action, they look like this:

The user can choose between a series of images based on what is required at the top of the test. In this example, the user is supposed to select pictures with cars.

A person can do that with ease, while softwares would not “see” the photos and be kept out.

A bot or software, even if sophisticated, would have a problem reading and understand the photos displayed in the test. Some of the pictures may be a bit too out of focus for artificial intelligence but easy to understand for a person.

You may also have this other type of reCaptcha:

This is another test to differentiate between bots and humans. It is easier to pass as it requires one click. This type of reCaptcha examines the mouse’s movement and can identify a bot from a human.

Captcha is an earlier version of reCaptcha. It is a test that requires people to read twisted words and numbers that appear on the page and re-write them in an answer box to pass.

The idea behind this system is that a bot would not be able to read twisted words. You can still find some Captcha in use even though reCaptcha is taking over.

hCaptcha is still a test that needs to be passed by humans to be able to sign up online, send messages online, enter a site, and more. It keeps out bots and spam, preventing automated message generation and other annoying software-generated actions.

hCaptcha tries to make challenges hard for bots but easy for humans to reduce the task’s annoyance.

Google does not run hCaptcha, and you do not need a Google account. It is free to use for publishers representing a valid alternative to reCaptcha.

Another important point, hCaptcha is available in all countries, including those countries that block Google usage. reCaptcha can’t be accessed in this case.

HOW TO EASILY ADD hCAPTCHA TO YOU SITE USING WPFORMS

If you are not willing to code or want a one-click method to add hCaptcha to your forms, the best way is to use a plugin.

One of the most simple and easy plugin to use is WPForms. With WPFoms, you can find hCaptcha already integrated and ready to use.

Therefore, if you do not yet have WPForms, you have to download the plugin, install it, and activate it.

You only need the Basic plan.

Inside your WordPress site, find WPforms, and go to settings. Find hCaptcha:

Select hCaptcha, save the settings, and you are done.

If you want, you can customize your fail Message, enable No-Conflict Mode, and even get a preview of your CAPTCHA.

This is an example of how it may look:

When you are building your form, you can include hCaptcha to your form, and you can immediately see which type of Captcha you have enabled:

Building a form with WPForms is very intuitive using the drag and drop dashboard, and so, it is to add hCaptcha to your form.

Most site owners already use a form plugin and possibly already have WPForms. You do not need to code or install manually hCaptcha or even reCaptcha on your site with WPForms. Let the plugin do the work.

If you are looking for an alternative to reCaptcha, you can find it in hCaptcha combined with WPForms. If you have any questions or want to add anything, leave it in the comments below.

This site uses Akismet to reduce spam. Learn how your comment data is processed. 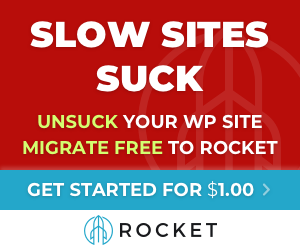 Join our mailing list to receive the latest news and updates from our team. We will send you unique strategies to grow your blog, monetize, and create an online business. No spam! Only actionable advice and case studies! Join our followers and me on this journey!

You have Successfully Subscribed!